What do you do when you have an expensive wine habit but not the bank account to support it? 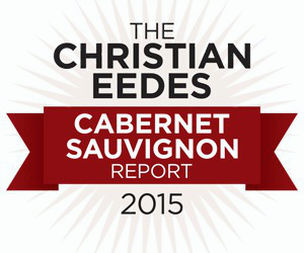 Last night I had the rare pleasure of tasting the top Cape Cabs at the Christian Eedes Cabernet Sauvignon Report, presented at the Radisson Blu Hotel in Granger Bay by his good self and uber Cab makers Christo Le Riche (of Le Riche Wines) and Kevin Arnold (of Waterford).

The purpose of the Reports is to highlight those wines of the Cape – he also hosts an annual Chardonnay Report – that best express the varietals against international benchmarks (for Cabs read Napa Valley and Bordeaux).

Although WineMag.co.za is a commercial venture, the wine Reports are clearly a personal quest of the editor to identify and extol the virtues of those winemakers who are championing the top end of the craft, expressing the best that can be of various noble varietals in the Cape, rather than celebrate popularity.

Of 60 Cabs tasted by the panel, 13 scored 90 points or above on the internationally recognized 100 point scale. Unfortunately for us, but not so much for the wineries concerned, two were not available for tasting. All those tasted were general release vintages and not reserve labels.

The WineMag Reports more than any other are destined to become the benchmark of Cape wine standards, because of the noble vision of the man behind them. We know the Cape has the best value for money wines in the world: now Christian wants to see them achieve, simply, “the best” honours.

I also happen to be a friend of his, which is a real win-win.